Vladimir Vladimirovich Nabokov was a Russian-American novelist, and also a famous entomologist, specialising in butterflies, a topic on which he wrote several academic books. He wrote nine novels in Russian, but it was when he began writing in English that he achieved international recognition. His remarkable achievement as a prose writer was that, as a Russian, he became one of the greatest writers of English literary prose. His most famous novel, Lolita, has become an American classic.

Lolita is probably the most controversial American novel: the protagonist, an unreliable narrator – a middle-aged literature professor called Humbert Humbert. He is obsessed with the 12-year-old Dolores Haze, whom he nicknames Lolita, with whom he becomes sexually involved. Lolita quickly attained a classic status. Today it is regarded as one of the prime achievements in American 20th Century literature. It was adapted into a film by Stanley Kubrick in 1962, and in 1997 by Adrian Lyne. It has also been adapted several times for the stage, as well as the opera, two ballets and a Broadway musical. It has entered firmly into the culture and the word Lolita has come to be used for a sexually precocious young girl.

Nabokov left Russia as a teenager and lived in Europe until 1940, fleeing from Paris to the United States to escape the Nazi invasion of France. 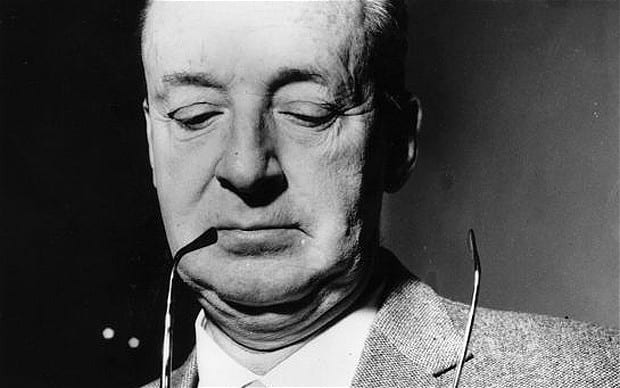 Major contemporary writers, such as John Updike, Thomas Pynchon, Martin Amis, Salmon Rushdie, Edmund White, Don DeLillo and John Banville have been influenced by Nabokov’s style.  He had a unique ability to imbue trivial objects with life. His prose is quite Shakespearean in the way he creates meanings in his use of colouration, smells and sounds, bringing out unexpected meaning in his words. By influencing so many writers his effect on the fiction of the past fifty years has been immense.  In particular, his ability to imbue even the most trivial things with a life full of colouration, smells and sounds, giving them a truth and unexpected meaning with his detailed gaze, finding the words to bring that life. That has been a major influence on those writers.

Nabokov has something in common with one of the great 20th Century prose writers of England, Joseph Conrad. Both chose to write in English although having been brought up in Russia and Poland respectively. Perhaps the perfectiveness of their prose is due to their having been able to stand back from the English language and look at it objectively. Conrad had never seen anything written in English nor heard English spoken until he left Poland and went to sea as a young man, and was thrust into the English language environment, whereas Nabokov learnt English from textbooks and had never heard demotic spoken English until he went to America. The purity of his prose shows that.

Nabokov has been compared with the poet John Keats for his technique of combining senses into a unique image. An example of Keats’s images of that nature appears in his Ode to a Nightingale: “O for a draught of vintage! that hath been Cool’d a long age in the deep-delvèd earth, Tasting of Flora and the country-green, Dance, and Provençal song, and sunburnt mirth! O for a beaker full of the warm South!” A famous example of that from Nabokov’s Lolita is Nabokov’s use of synesthesia is Humbert Humbert’s words about the girl with whom he’s obsessed: “Lolita, light of my life, fire of my loins. My sin, my soul. Lo-lee-ta: the tip of the tongue taking a trip of three steps down the palate to tap, at three, on the teeth. Lo. Lee. Ta.”